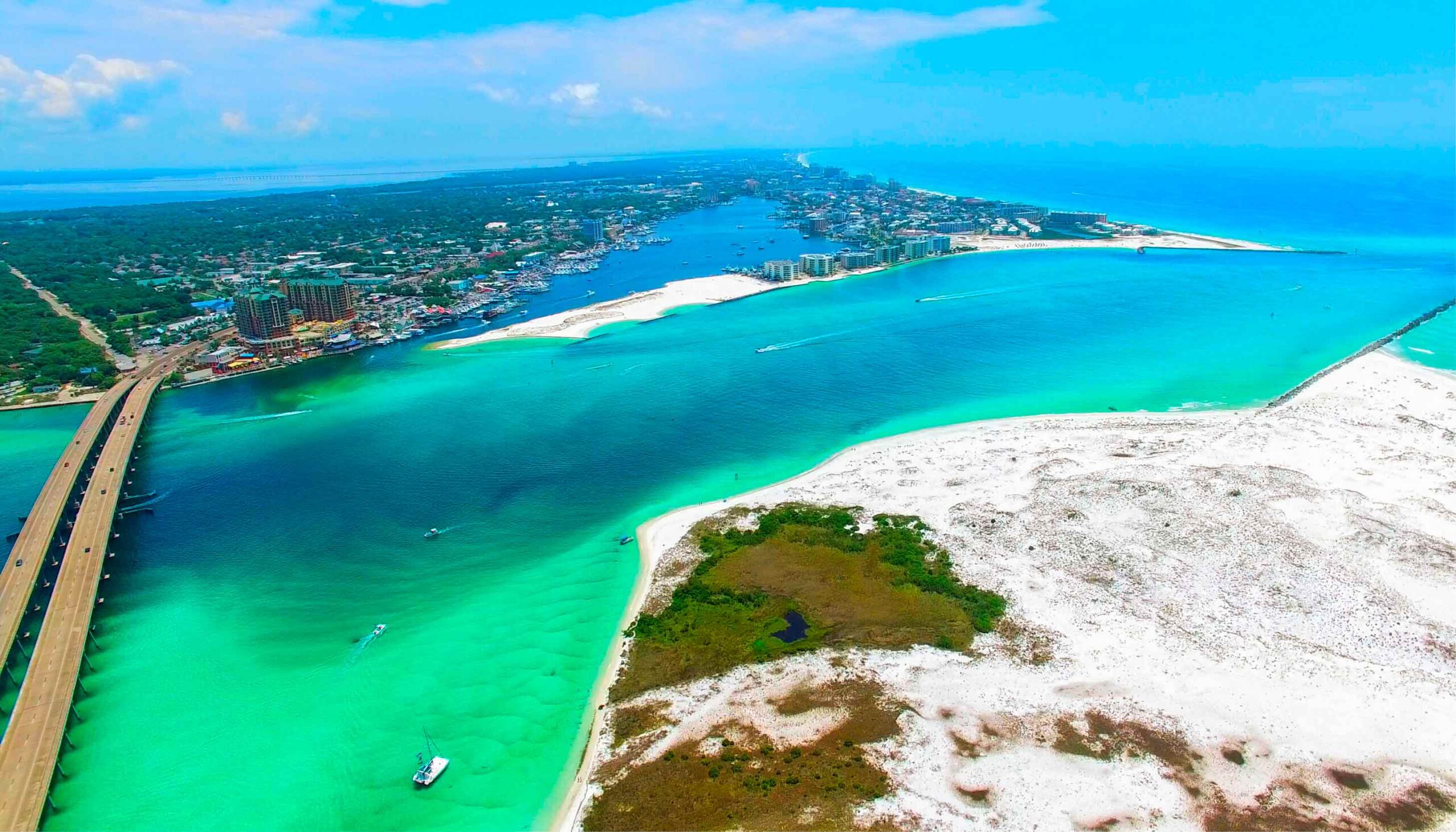 Why Destin is the Luckiest Fishing Village

What’s in a name? Or, rather, what’s in a nickname? In the case of Destin’s moniker as “The World’s Luckiest Fishing Village,” there’s a fascinating (and fish-filled) story behind the tagline.

From Destin’s early days as a crucial contributor to Pensacola’s 19th Century fish markets to its burgeoning—then-booming—commercial fishing industry throughout much of the 20th Century, and even up till now, where Destin still boasts the nation’s largest commercial fishing fleet and direct access to the Gulf of Mexico, the story of Destin and the story of Destin fishing are mutually intertwined.

Here, we’re taking a look at how Destin came to be known as “The World’s Luckiest Fishing Village” and why it continues to live up to that reputation to this day.

This one’s for you, aspiring and experienced anglers.

It should come as no surprise that the city of Destin was founded by a man named Destin. Captain Leonard Destin, to be exact. In the 1840s, after a harrowing shipwreck in 1835 in which he lost his father and brother, Captain Destin eventually arrived at the western end of the Florida Panhandle in what is now modern-day Destin.

He was taken with the sugar-white sands and piercingly clear waters right off the bat. And he was amazed at not just the massive amount of fish located there but by their sheer diversity too. He immediately set up a fish camp and established a fishing business in the area, selling their bounty in nearby Pensacola fish markets. The rest, as they say, is history. He eventually created a fishing fleet of over 100 boats until his death in the mid-1870s. After his death, it was his best friend and business partner Billy Marler who coined both “Destin” as the name of the city and its tagline, “the luckiest fishing village in the world.”

Over the years, many like-minded seafaring entrepreneurs took after Captain Destin to establish the town as an important fishing community. After World War II, Destin’s first sizeable deep-sea fishing fleet began. So too did several recreational and private fishing charters.

Today, Destin boasts the nation’s largest commercial fishing fleet, direct access to the Gulf of Mexico, and a deliriously delicious variety of fish species. In short, it’s “The Luckiest Fishing Village in the World.”

Here are a few musts for anglers hoping to maximize Destin’s fishing beauty and bounty.

People come from far and wide to fish from Destin. Why? Because of all the ports along Northwest Florida, Destin has the closest and fastest access to deep-sea fishing in the entire Gulf of Mexico. We’re talking thousands of feet deep! Just 25 miles south of the town’s waterfront lies the famous 100-fathom curve—a place where the continental shelf plunges to the fish-filled deeps.

Beyond that, DeSoto Canyon is a 3,000-foot-deep mecca for deep sea fishing, where cold, nutrient-packed waters give a home to dozens of trophy fish species like swordfish, Atlantic blue marlin, yellowfin tuna, and more.

Destin’s fishing scene could easily be limited to just the Gulf, and it would be a world-class fishing destination. But that’s not how Destin rolls (or casts.) See, Destin knows that variety is the spice of life. That comes to fish species, types of fishing, and yep—you guessed it—bodies of water for fishing, too.

Luckily, its location on a peninsula between the Gulf of Mexico and Choctawhatchee Bay gives it a prime location for various fishing options. Amid Choctawhatchee Bay’s flats and grassy marshes, local anglers (and in-the-know visitors) flock to these brackish waters for a full-on buffet of redfish, speckled trout, black drum, flounder, and more. Whether you take a kayak or want to try your hand at SUP fishing, the choice is yours. It’s probably a good idea to hire a licensed saltwater guide unless you already possess a Florida fishing license.

One word: unforgettable. Two words: easily doable. The number of deep-sea fishing charters is enough to shake a rod at. In fact, it has the largest charter fishing fleet in the country.  And the experience of having a full day out on the water, with a big brawny marlin fighting and writhing on the end of your line, well—you can’t beat it.

From Destin’s waterfront, anglers can fish for over 20 different types of edible game fish. From inshore and nearshore redfish, king mackerel, tarpon, and speckled trout, to deep-sea legends like grouper, tuna, mahi-mahi, marlin, makos, and more. One of the most popular finds is the snapper, including the sought-after red snapper with its bright crimson color and hefty weight. Whatever you’re fishing for in Destin, you’ll find it.

Held every year since 1948 (that’s more than 70 years, by the way!), the Destin Fishing Rodeo is the ultimate fishing tournament for salt water anglers of all ages. Whether competing or simply spectating, this event is truly iconic—a must-experience showdown of rod vs. (frequently enormous) fish.

Don’t have a boat? Don’t worry. Destin offers incredible fishing from the comforts of its sandy shores and piers. The Okaloosa Island Fishing Pier is a must for “sight-casting.” The water is clear enough to see the fish; all you have to do is cast right near them and reel them in.

The same goes for surf fishing in Destin. Simply bring your fishing gear and some bait to the beach and cast directly from the shore. Feeling lazy? Feel free to just twist that rod in the sand and chill.

One of the most unique offerings in Destin is the glittering array of local restaurants that offer not only fresh catch menu options but that will literally clean and cook a fish you’ve caught yourself! From Dewey Destin’s to Floyd’s Shrimp House and about a dozen others in the area, the Gulf-to-Table restaurants in Destin offer a genuinely iconic experience for (hungry) anglers.

What are you waiting for? Come cast a line in Destin—“The Luckiest Fishing Village in the World”—today! And be sure to stay at Scenic Stays when you do. 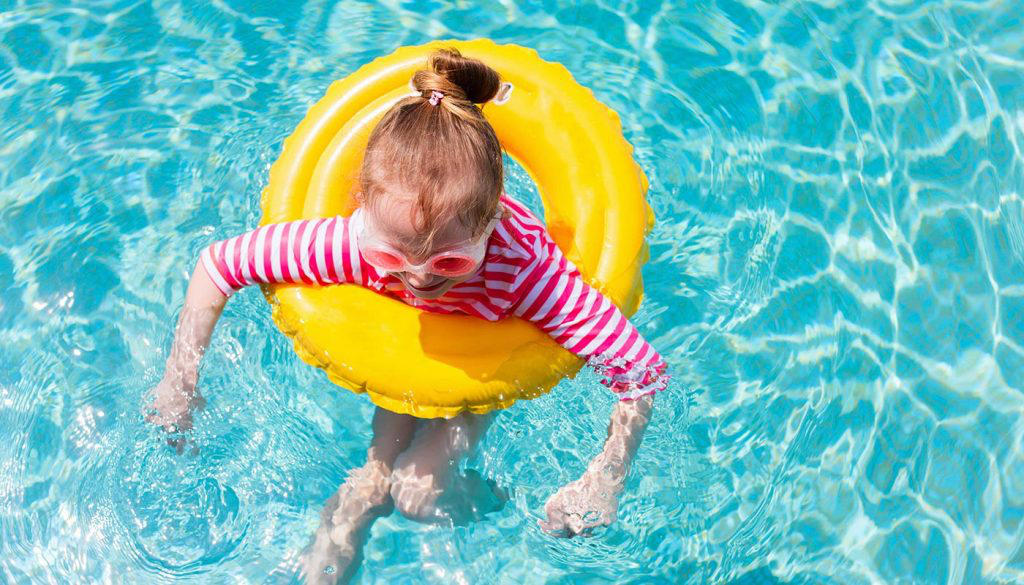 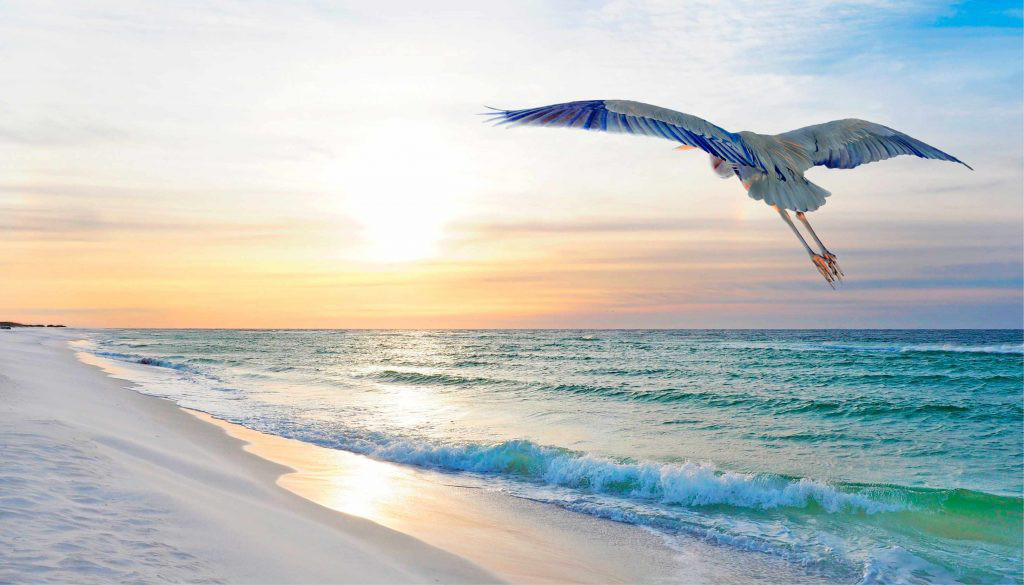 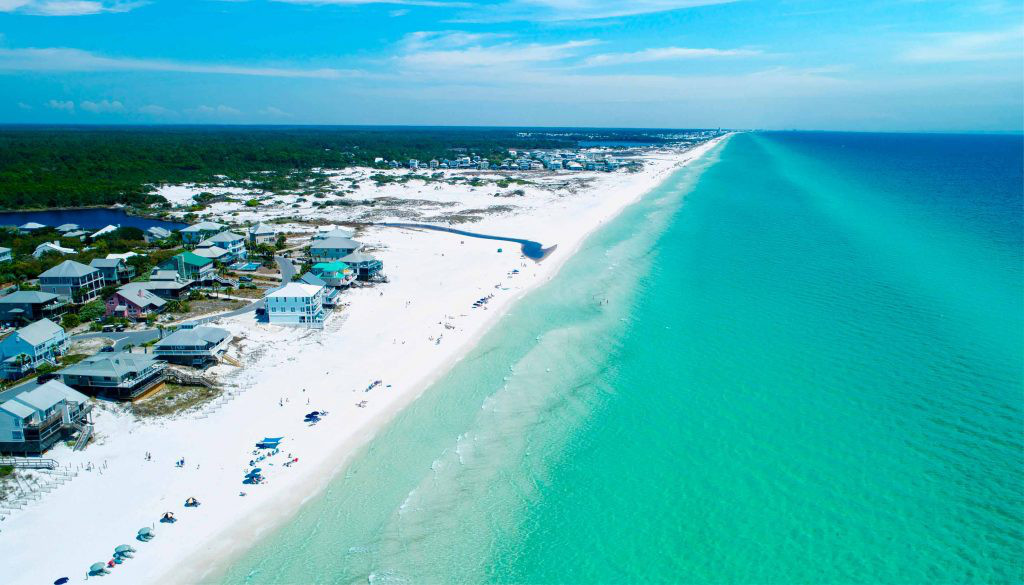 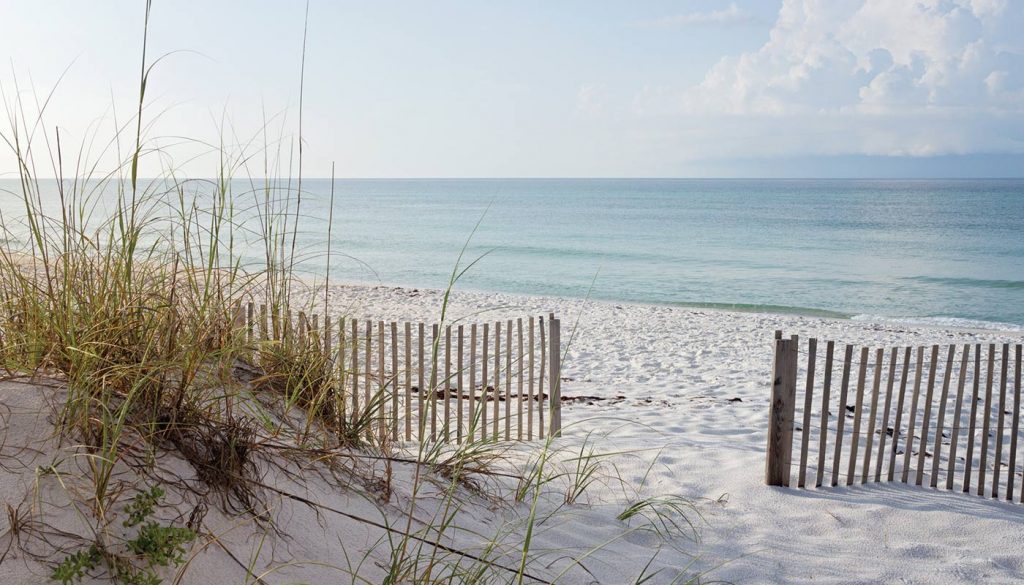